The FIFA franchise was first launched all the way back in 1993 and has boasted a new title each and every year since, it’s unquestionably the most popular and widely played football video.

FIFA is rapidly growing in popularity as an eSport and is beginning to get noticed by online bookmakers. In the below table, you will see a comprehensive breakdown of the best betting sites for FIFA and following that our FIFA eSports betting guide.

Bet365
Up to £100 in bet credits
READ REVIEW
CLAIM BONUS!
New Customers only. Up to £100* in Bet Credits. Sign up, deposit £5* or more to your account and bet365 will match your qualifying deposit in Bet Credits when you place qualifying bets to the same value and they are settled. Min odds/bet and payment method exclusions apply. Returns exclude Bet Credits stake. Time limits, exclusions & T&Cs apply.
2

unibet
£40 welcome offer + £10 casino
READ REVIEW
CLAIM BONUS!
New customers only. 18+, BeGambleAware.org. Min deposit £10. Money back as bonus. Wagering requirements: Sportsbook 3x at min. odds of 1.40 (2/5), Casino 25x. Only one bonus can be used at a time, Sportsbook bonus must be wagered before using the Casino, unless the bonus has been forfeited. Bonus will expire after 7 days of opt-in. T&C's apply.
3

Betvictor
Bet £5 get £30
READ REVIEW
CLAIM BONUS!
New Customers only. Deposit and place a £5 qualifying bet at odds of 2.00 or greater within 7 days of opening a new account; excludes cashed out bets. Receive 2x £10 Sports/Virtual Sports Free Bets, valid on set events only at odds 2.00 or greater, expires in 7 days, plus a £10 Casino Bonus, expires in 7 days. Wager the Casino Bonus 35x to withdraw winnings. Payment Cards only. Geographical Restrictions and T&Cs Apply. Please Gamble Responsibly.
5

Paddy Power
£20 risk free bet
READ REVIEW
CLAIM BONUS!
New customers only, limited to one per person. If you’ve previously had a Paddy Power account, you will not qualify for the offer. Place your FIRST bet on any Sportsbook market and if it loses we will refund your stake in CASH. Max refund for this offer is £20. Only deposits made using Cards or Paypal will qualify for this promotion. T&Cs apply.
6

How Does Competitive FIFA Work? 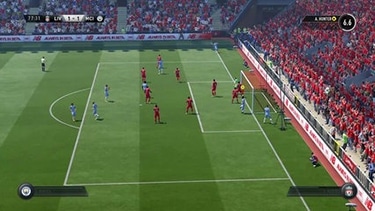 An individual rather than a team eSport, in terms of physical gameplay, competitive FIFA differs very little from playing for fun in your bedroom. You still take charge of all the players of your chosen team and take on a team similarly controlled by your opponent. What differs, however, is that rather than playing a career within the game or playing exhibition matches, you must play within a specific online mode of the game.

FUT Champions is – as of FIFA 17 – the FIFA game mode through which players can test themselves against other competitors around the world and ultimately qualify for the major FIFA events which we will discuss later.

The FUT Champions game mode features a vast variety of FIFA Ultimate Team Tournaments, which players can enter during the course of a week in order to try and earn in-game rewards and to secure a spot within an FUT Champions Weekend League.

Each Weekend League within the FUT Champions FIFA game mode includes a set number of matches. It is then up to players who qualify for each league to win as many of those games as they can, in order to once again gain in-game rewards and to move themselves up the game’s different monthly leader board tiers. It is consistent Weekend League performances which will see teams steadily rise up those leader board tiers, and those teams ranking highest at elite level will also qualify for FIFA’s major global events.

What Are the Big Events?

For those players who do excel at the highest level of FIFA’s FUT Champions game mode, there are two main avenues toward higher level and potentially more rewarding – both financially and otherwise – competition. 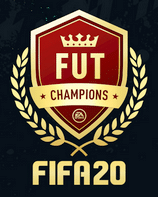 The top performers at the elite level of FIFA’s FUT Champions game mode can ultimately qualify to take part in tournaments known as Regional Finals. Those tournaments represent the first round of the EA Sports FIFA Ultimate Team Championship Series, and players can also qualify for them by winning occasional live in-person local competitions known as Ultimate Team Qualifiers.

The Ultimate Team Championship is a multi-platform competition to decide the very best FIFA Ultimate Team player in the world. The tournament culminates in a two-legged fixture played using both of the main FIFA platforms (PS4 and Xbox). 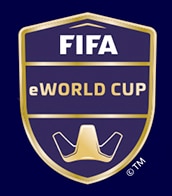 As well as the FIFA Ultimate Team Championship Series, EA Sports have also recently introduced a competition known as the FIFA eSports World Cup. Described as ‘the first-ever cross-sport FIFA tournament’, the event will see official teams from the world of football, clubs from other professional sports and actual eSports teams all compete against one another. Players will be able to qualify for the event once again by excelling at the FUT Champions mode of the latest FIFA title and progressing through so-called EA SPORTS FIFA 18 Global Series Playoffs.

The FIFA eSPorts World Cup represents a rebranding of what has been known as the FIFA Interactive World Cup since its inauguration in 2004. A new format and the introduction of official teams from the world of football and other professional sports are aimed at upping the interest in an event which already holds the world record as the largest online gaming tournament.

What Bet Types are Available?

The rapid rise in popularity of eSports is finally starting to be noticed by online bookmakers. A number of the more traditional bookies are beginning to feature eSports on their websites and apps, and some eSports specific bookmakers have even been established. Whilst FIFA seems a prime candidate for betting, given its close relationship to football, it unfortunately isn’t yet one of the better served eSports when it comes to betting. In fact, available bet types are generally limited to the following two alternatives.

Outright Tournaments Markets – Bookmakers which do cover FIFA as an eSports betting option will generally run outright tournament winner markets for major events such as the Ultimate Team Championship and the FIFA eWorld Cup. These markets will typically become available once the final line up for a tournament is decided and can still remain open after the tournament begins.

Match Winner Markets – Alongside outright tournament winner markets, some of the better FIFA betting sites will also allow for wagers on the result of particular matches within FIFA tournaments and competitions. Depending upon the format of a tournament and the stage of the tournament at which the match is being played, these markets can be three-way markets with a draw also able to be bet on.

David 'the Cheeky Punter' Lenton is an ex professional online sports bettor and trader with over 15 years of experience in the industry. He has also worked for a number of top bookmakers including Bet365, Ladbrokes, William Hill and Coral. With such a long time spent dedicated to the gambling industry no one is better placed when it comes to advising punters. Follow on Twitter @thecheekypunter
See All Posts
Cheeky Punter uses cookies to help improve the user experience on our website - for more see our privacy policy. OK - that's fine!
Privacy & Cookies Policy