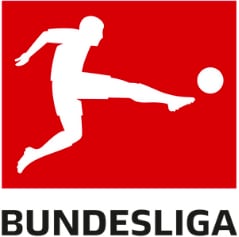 I don’t think I have ever been so happy to record a profit of £5.70 in my life as I was last weekend!

While the Frankfurt v Mainz and Union Berlin v Schalke games let me down, although how the latter did I’ll never know, Berlin should have been 4-0 up after 20 minutes and then contrived to let Schalke equaliser, the other two games last weekend came up trumps and we hit profit once again.

It may not be enough to retire on, but at least it was a profit and it is something to build on, especially seeing as this will hopefully be the round of purely Bundesliga tips, with the Premier League back soon!

Let’s hope last weekend’s small profit was the start of some better form and that I can build on it this weekend with these tips.

But I’ll be honest, I cannot wait for the Premier League to return next weekend!

I have to say that of all teams outside the top five I have seen since the return of the Bundesliga, Hertha are the team to have impressed me the most. Even in defeat at Dortmund last week, they put on a fine display and on another day, may have snatched a point. I think they are going places and I have not ruled them out of a late burst to claim a Europa League spot for next season.

Frankfurt have had a bit of a mixed season to say the least, having sold almost their entire strike force last season, the team struggled a great deal more this but have picked up some improved results in recent months, but their form is still erratic and they are probably the most wasteful team in front of goal I have seen this season.

I don’t want to get too cute given that these teams could rattle in three goals each, or equally keep things nice and tight and eke out a win. For me, Hertha are the smart money bet here given their record in this fixture and just their form in general. However, I am not going to get too cute with predicting the result too inflexibly so the even money on offer for any Hertha Berlin win is a good choice here.

2.00
Up to £100 in bet credits at Bet365!
Open Account Offer. Up to £100 in Bet Credits for new customers at bet365. Min deposit £5. Bet Credits available for use upon settlement of bets to value of qualifying deposit. Min odds, bet and payment method exclusions apply. Returns exclude Bet Credits stake. Time limits & T&Cs apply.

Bayern are top with 70 points from 30 games. A win here could see them become champions.
Borussia are fourth in the table on goal difference from Bayer Leverkusen on 56 points.
Borussia have won 5 of the last 11, Bayern winning four with 2 draws.
All of the last five games between the teams have seen three goals or more.

Another season comes to an end and Bayern Munich are top of the table comfortably. It is not a question now if Bayern will win their eighth successive Bundesliga title, but simply when. A win here and a defeat for Dortmund would ensure Bayern take the title.

Bayern also have a score to settle having been beaten 2-1 by Borussia earlier in the season. They avenged a home defeat to Leverkusen in style last weekend, winning 4-2 in Leverkusen and I fancy them to do likewise here at home to Borussia, who themselves still have plenty to play for as they chase a Champions League qualification spot.

I can see Borussia’s pacey attackers Plea and Thuram giving Bayern a few problems on the counter and I do think the visitors may grab a goal here, but I think that Bayern will continue their dominant form over all Bundesliga teams at the moment and claim a relatively comfortable win, probably by a scoreline of around 3-1 or maybe even 4-1, so great is their dominance at the moment.

2.10
Bet £5 get £30 at Betvictor!
New Customers only. Deposit and place a £5 qualifying bet at odds of 2.00 or greater within 7 days of opening a new account; excludes cashed out bets. Receive 2x £10 Sports/Virtual Sports Free Bets, valid on set events only at odds 2.00 or greater, expires in 7 days, plus a £10 Casino Bonus, expires in 7 days. Wager the Casino Bonus 35x to withdraw winnings. Payment Cards only. Geographical Restrictions and T&Cs Apply. Please Gamble Responsibly.

Both of these sides are just outside of the relegation playoff place at the moment, with Mainz three points ahead of Dusseldorf and Augsburg four points ahead. However, both teams will know that a defeat here could see them dragged back into the race against the drop for real with three games to play and both sides will be desperate to avoid that.

Dusseldorf face Dortmund the day before and assuming Dortmund will win that encounter, which I feel they will, then I think both teams will approach this game with a view of not losing being more important than landing the win and when that happens, you usually end up with a tepid, defensive encounter.

There is also the fact that I can’t see either of these teams scoring enough goals to win the games, but I can also see them conceding at least one goal as defensively neither have been particularly solid at times, although Augsburg do seem to have tightened up a little of late.

For me, this game has two teams accepting a point which will likely make their battle against the drop a bit easier, especially if Dusseldorf have lost the day before. And with both teams to score against rickety defences decent value for money, I have elected to go for this here.

4.33
Bet £5 get £30 at Betvictor!
New Customers only. Deposit and place a £5 qualifying bet at odds of 2.00 or greater within 7 days of opening a new account; excludes cashed out bets. Receive 2x £10 Sports/Virtual Sports Free Bets, valid on set events only at odds 2.00 or greater, expires in 7 days, plus a £10 Casino Bonus, expires in 7 days. Wager the Casino Bonus 35x to withdraw winnings. Payment Cards only. Geographical Restrictions and T&Cs Apply. Please Gamble Responsibly.

Schalke lie 10th in the table and have just one win in 2020 so far.
Leverkusen are fifth on 56 points, the same as Borussia MG, but with a worse goal difference.
Leverkusen were 2-1 winners when the teams met back in December.
The last 6 games between the teams have seen 2 wins apiece, with 2 draws.

Schalke picked up a point away at Union Berlin thanks to Jonjoe Kenny’s powerful strike. However by then, they could have been 4-0 down to a Berlin side that wasted a number of chances alongside the one they did take.

That goal though could give Schalke a bit of a boost as in attacking terms, with the number of injuries they have and the form they are in, they are finding goals very hard to come by at the moment. That said, their opponents Leverkusen are blowing hot and cold, having been on the end of a couple of home maulings by Wolfsburg and Bayern Munich in the last couple of weeks.

On the road though, Leverkusen’s counter attacking style has brought them plenty of rewards of late and I can see them doing that well against a Schalke defence that is at sixes and sevens most weeks. Leverkusen won’t be as wasteful as Union Berlin and while I can see Schalke scoring, I think Leverkusen land a comfortable away win here.

3.10
Bet £5 get £30 at Betvictor!
New Customers only. Deposit and place a £5 qualifying bet at odds of 2.00 or greater within 7 days of opening a new account; excludes cashed out bets. Receive 2x £10 Sports/Virtual Sports Free Bets, valid on set events only at odds 2.00 or greater, expires in 7 days, plus a £10 Casino Bonus, expires in 7 days. Wager the Casino Bonus 35x to withdraw winnings. Payment Cards only. Geographical Restrictions and T&Cs Apply. Please Gamble Responsibly.

How To Make £10 Per Day On Betfair

How To Pick A Football Accumulator That Wins