To kick start the new season, for the first time, I’ve decided to bring you a special one-off article with my tips for the big competition winners this time around.

I am hoping to have the bookmakers running scared once again this season and hopefully this little quintet of tips for many of the most popular season-long bets will have them paying out once again.

So here’s my tips and analysis for the top prizes available this coming 2020/21 season and remember to check back at the weekend for our first set of tips for the brand new Premier League season.

I’ve put the best price I can find along with the prediction at the bottom of each section.

Last season, Liverpool romped to the league title, winning it by 18 points in the end, and that despite a somewhat sloppy end to the season which saw them well beaten by Man City and also defeated by Arsenal. However, I think next season will be a very different story.

Liverpool haven’t made any major changes to their squad for this season, but Manchester City have made a couple of big money signings and even the loss of Leroy Sane shouldn’t hurt them too much. They’ll also have plenty of hunger to become champions once again after a poor season by their own standards last year.

I can also see both Manchester United and Chelsea being much more involved in things this season as I can’t see either team losing as many games as they did last season. As such, I can see the top of the table being much closer, with Spurs and Arsenal also on the heels of the top four.

That said, I still fancy it to be a race between City and Liverpool for the title and I just feel City’s moves in the transfer market have strengthened them enough to see them clinch the title once again this time around.

The bookmakers have Bayern Munich and Man City as the hot favourites for the Champions League once again this year and it’s not hard to see why in both cases. Liverpool are also a short price as are PSG, the beaten finalists this year.

You can’t rule out the Spanish trio of Real, Barcelona and Atletico either, even though I do think all three teams are in a state of transition at the moment and not as settled as their main rivals from Germany, England, France and Italy.

For me though the smart pick in this bunch of teams is the Italian side Juventus. The one thing they have against them is age, as this is a very old squad, but they do have some younger players to provide the legs and what they do have now in abundance is attacking quality.

Cristiano Ronaldo shows no real signs of slowing down and with Luis Suarez now likely to be added to that attack to provide extra bite, with quality all throughout the team and a hunger to do much better than the Round of 16 defeat they suffered this season, I think at a best price of 17/1, Juventus are an outstanding pick this season in the biggest of the two European competitions.

I think predicting the winner of the FA Cup is much trickier nowadays than the Premier League, even though just a handful of teams have won it since 2001. Fielding under-strength teams in the earlier rounds can see some of the ‘big boys’ eliminated as Liverpool in particular have found out in recent years.

However, I feel that Jurgen Klopp will want to win a trophy this season and if they are not running away with the league again, I can see them focusing more on the FA Cup this year. Plus the reds youngsters have all had a year of experience more than last time around.

Manchester United and Chelsea, along with Manchester City I think will be their main challengers in this competition and it is one that I can see Wolves doing well in too. However, it is a while since Liverpool performed well in this competition and a return to Wembley and picking up the trophy is overdue. I think they will put that right this year given a bit of luck in the draws.

There is really a rich vein of attacking talent in the Premier League this season but I think it is relatively easy to narrow this down to the genuine contenders. For both Man City and Liverpool, I think their abundant attacking talent means that the goals are more likely to be shared around those players, which makes it very difficult for any one player to score a lot more goals than the other.

Similarly, I think Manchester United’s attacking trio are similar in that, along with Bruno Fernandes, they will share the goalscoring responsibility amongst themselves.

For me Jamie Vardy and Danny Ings won’t get enough chances this season to do well, which narrows it down to two real contenders and while Harry Kane’s record is outstanding, I do worry about his fitness as he has missed lots of game time over the last few years and that is my concern for him here.

As such, with a new contract likely sorted and a team being built to best suit his talents, I think Aubameyang of Arsenal is the smart pick here. He has been top goalscorer before both in Germany and the Premier League and I think with Arteta at the helm, he has an outstanding chance to become the top scorer in the Premier League on his own this season. 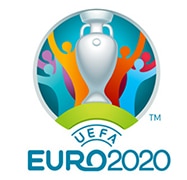 I find it somewhat baffling to see England as the favourites to win this tournament as although the semis and final are slated to be at Wembley, I am not confident Gareth Southgate;s team will get that far.

For me, Belgium and France are the two outstanding teams in this tournament but I have reservations about both. Belgium, as talented as they are, have not yet melded that talent into a formidable international outfit that can get results at the key times and I haven’t seen any evidence that this is going to change by next summer.

France are hugely talented but there are lots of disparate parts to the squad. They came together at the last World Cup in Russia, but I just feel that they won’t be quite so ready to tear things up across Europe next summer.

For me, the team to back are Germany, flushed with outstanding talent coming through the ranks to add to a very talented and established squad, the last time Joachim Low did this, he ended up as World Cup Winners in 2014. I can see his young squad doing precisely that in Europe next summer too.

How To Make £10 Per Day On Betfair