What Is The Maximum Possible Bet Amount?

Most bookmakers place a limit upon the total pay-out they will provide to punters rather than on the total amount you can bet in the first place.

The limits which bookies do place upon pay-outs – and in some rare cases on stake amounts – do differ from one bookmaker to another.

The following table shows the maximum bet and pay-out amounts at online bookmakers:

Note: max payout amount varies by sport, above we have listed the biggest payouts possible across all sports.

What is the maximum stake for online bookmakers?

The maximum stake for online bookmakers varies from site to site as some use a max stake and some use a max payout amount. Technically Bet365 have the highest as their max payout is £2,000,000 so you could bet £1,000,000 at evens on their site. See our table for all limits.

Why Max Pay-Out Not Max Bet?

What Are the Biggest Ever Bets?

On occasion punters do come up with monster bets which payoff big time!

The following five are some of the best examples of past bets which rank among the largest ever, in terms of either initial stake or eventual pay-out:

At the outset of the 2015/16 Premier League season you could get the same odds on Leicester City winning the title (5000-1) as you could on Elvis being found alive.

A number of devoted Foxes fans staked their hard earned cash on their beloved side, however, and Leicester’s ultimate victory is believed to have cost UK bookmakers in the region of £25 million.

The largest individual pay-out amongst that total is believed to be £100,000 paid to a punter in Manchester who bet £20 and resisted the urge to cash out.

Ahead of Super Bowl XLIV pretty much every expert, analyst and fan fancied the Indianapolis Colts to beat the New Orleans Saints. Infamous Las Vegas professional gambler Billy Walters, however, had other ideas.

He backed the underdog Saints to the tune of $3.5 million and whilst exactly how much he won when they did triumph is unknown, it is likely to have been an extraordinary amount.

Blackpool born Mick Futter, an owner of numerous bingo halls in Britain and Ireland, made headlines in 2003 thanks to the exploits of his horse Monty’s Pass in the Grand National. 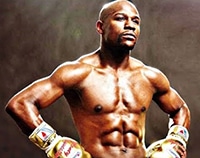 In 2015 boxer Floyd ‘Money’ Mayweather took to social media site Instagram to boast about his sports betting exploits. Over the course of four days, Mayweather had staked a total of $350,000 on a combination of NBA games and a middleweight boxing bout.

The four separate bets all paid off and ‘Money’ revelled in revealing that he had received winnings totalling $827,272.73.

A feat which has spawned its own online casino game, when Frankie Dettori won all seven races on the card at an Ascot meeting in 1996, he also won punter Darren Yeats some serious dough.

A dedicated gambler from Morecambe, Yeats placed a total of £59 on Dettori’s seven mounts and once the Italian completed his 25,000-1 seven timer, he collected £550,000 from the bookies.

Related: Which bookmaker has the maximum deposit limits?